How to Handle an Aggressive Dog 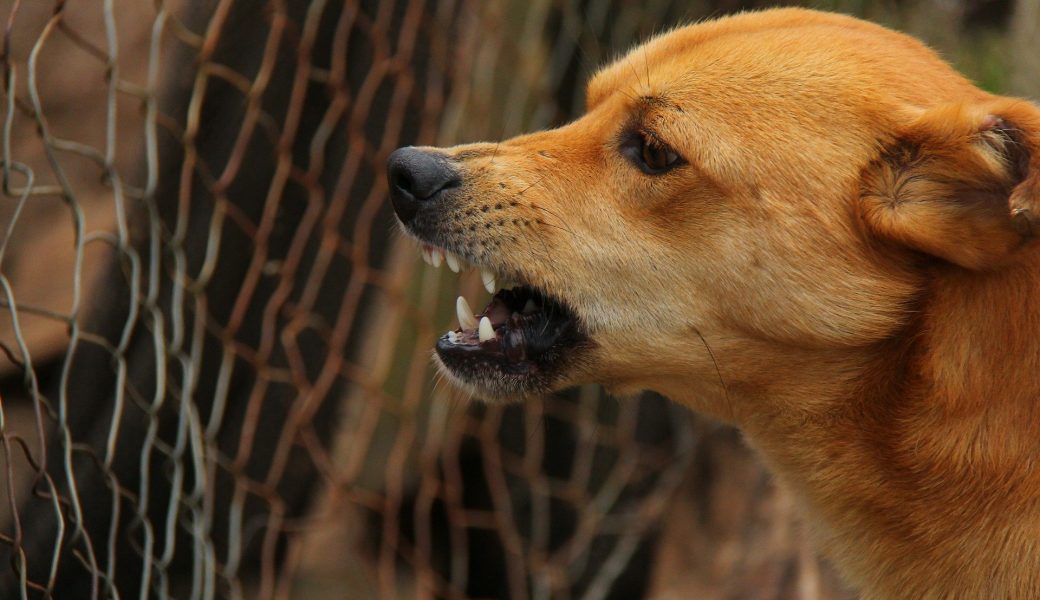 Your furbaby is an important member of your family. You feed them and provide them comfort and in return, they exemplify their loyalty to you by also providing comfort when you need it. Raising a dog can often be a very rewarding thing. But their behavior can sometimes provide a few drawbacks as they grow up in your household. One of them being aggression – both a terrible and annoying factor to deal with. And due to this factor, it can be challenging living alongside with your aggressive dog.

But if you find yourself struggling to live with an aggressive dog, there’s no need to fret. By informing yourself of how to evaluate your dog’s aggression and hiring the right professionals, your dog’s aggression can be tempered. Giving a Dog a Bone has compiled some useful information below for you to educate yourself with. Once you realize what is making your dog aggressive, feel free to contact the experts at Giving a Dog a Bone. We can promise that through our services, we can make your dog the most well-behaved pet you’ve ever owned.

How to Handle an Aggressive Dog

Your Dog is an Animal – Nothing More, Nothing Less

As dog owners, we have a bad tendency of humanizing our pets. We’ll often dress them in silly human-like clothing and even treat them in absurd human ways. But most of all, we even expect them to act in certain humans ways. When it comes to behavior, we have this expectation that a dog will stop behaving in a certain way by imposing our will onto them. This often means that we’ll punish them in hopes that they won’t become aggressive anymore.

However, it’s never that easy. Your dog has the mindset of an animal and providing them with simple punishment (such as spanking) won’t deter them from performing bad behavior. In fact, if anything, punishment may even further cause your dog to become more aggressive than before. Unlike yourself and other humans, dogs have a small attention span. Punishing them for something they did a while ago won’t stop them from becoming aggressive. And even if it’s instantaneous punishment, you’re likely causing your dog to just become more aggressive.

Once you realize that your dog is an animal and not a human, then you can begin to treat their aggression.

To first treat your dog’s aggression, it’s important that you recognize what it is that causes them to be aggressive. And that will mean you will need to become familiar with different types of aggression.

There are many different types of aggression. But when it comes to dogs, there are three main types:

What Can You Do to Treat Their Aggression?

If you’re able to recognize what the source of their aggression and what type of aggression they possess, the first thing you must do is relax.

When you become frantic or nervous, your dog is able to recognize this behavior and they’ll also become frantic and nervous. Likewise, when you become aggressive, they themselves will also become aggressive. So when your dog is showing signs of aggression, it’s crucial that you remain relaxed when you approach your dog. By becoming aggressive, they’ll get really excited and might do something that you won’t approve of.

Once, you’re relaxed and you approach them. It’s important that you assess how you can resolve the issue at hand. Do your dogs bark when another dog is nearby? If so, then you must get their attention away from that other dog. Simply take them away from the presence of the other dog and calm them down. If your dog’s aggression is spawned from another source that’s difficult to remove – such as getting territorial over food – then you may need the professional assistance of a dog training service.

If you happen to be in the South Florida region, then you might be lucky enough to have the expert service of Giving a Dog a Bone close by. The staff of Giving a Dog a Bone are well-experienced in the handling and care of pets, especially when it comes to aggressive dogs. Through consultation, assessment, and proper training, they can tame your dog in no time.

If you’re struggling to handle your aggressive dog, don’t hesitate in hiring the experts at Giving a Dog a Bone. Giving a Dog a Bone has provided their quality services to countless dog owners in the South Florida and has helped tempered many angry dogs. When you choose us, we’re more than certain that you’ll be happy with our work as you’re added to our growing list of satisfied customers. For any inquiries, you may call us at (772)-600-8435 or visit our contact page.