What Are Some Basic Dog Training Commands To Use Everyday? 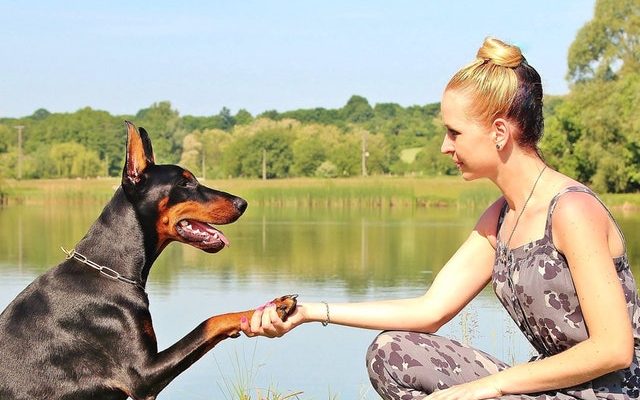 Dog training is not just a way of providing an owner or the pet with some entertainment. The use of certain commands for dogs is a toolset for communicating with them despite their inability to speak. The success or failure to teach a dog commands will affect their behavior for the rest of their lives. An undisciplined dog can be problematic because their instincts don’t always fit within domestic settings. Owners also need to be disciplined to get through the initial teachings that can improve their relationship and communication with their pet. Those who wish to get dog training in Jupiter for their pet should consider Giving a Dog a Bone, a dog sitting company that also specializes in training dogs through basic and advanced commands.

The Basic Commands for Dog Training in Jupiter

To begin teaching a dog, there are a few basic commands that are gateways to many other commands. The first of these is the “watch me” or “look at me” command. This is done by associating the reward with the owner’s face. Make sure that they don’t mistake the command for something else, so take the treat away when they look away and bring it closer when they make eye contact. Do not be afraid to deny or delay rewards. A dog can become spoiled with too much reward. Once this command is learned, it can be used to teach every other command because they will be attentive during the learning process.

Next is the “sit” command which can also be used as a “stop” command for preventing any rude behaviors. This can be taught by raising the reward or treat out of range until they sit, then lowering the treat closer to them until they attempt to eat it. At this point, the owner will say “sit” until they sit down and then the treat can be lowered again. This is repeated until the dog can sit still without going for the treat. This can be used generally as a behavior control when the dog is harassing others or is trying to get to places they don’t belong. This also helps to teach other commands because it puts them in a position to watch or calms them down.

Other Reasons to Train Your Dog

After learning to sit, this can go further to the “down” command. From the sitting position, the treat or reward can be placed on the ground and moved around while they chase it on the ground. Maintaining the down position is effective for applying any medicine or being easier to manage at the veterinarian. They move the least while in the down position so hair cutting can be done correctly and safely.

Using the same philosophy of reward, dogs can be taught to stay somewhere while the owner leaves or to go fetch something while the owner does not accompany them. This gives more independence to both parties.

These commands can take many weeks to finally master and can take some effort from the owner. If there is not enough time or energy available to treat a dog, owners have the option of bringing their dog to Giving a Dog a Bone which will train and babysit dogs. We can teach them the basic tricks that are more difficult to learn at first so the owners can enjoy a much more well-behaved pet. Call us at (561) 630-4846 for dog training in Jupiter.